The drink for National Alaska Day

Your cocktail calendar entry for: June
28
No Comments 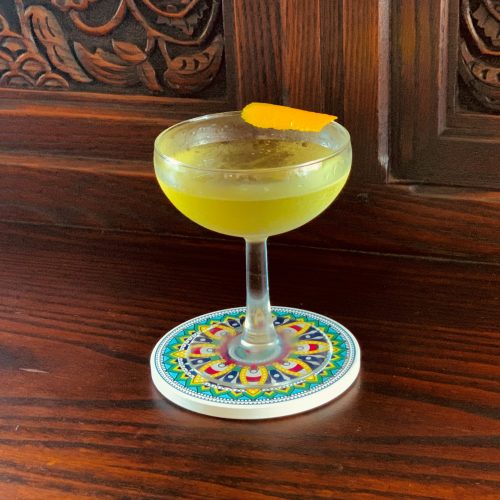 June 28 is National Alaska Day so the Alaska cocktail is Drink of the Day.  We figure the national day is ideal for drinking it even if the official state holiday isn’t until October 18.  So today we’ll cover the story of the state and the Alaska cocktail recipe.

Why the National Day calendar puts Alaska Day on June 28 remains a mystery to our Editorial Board.  Indeed, October 18, 1867 was when the U.S. acquired the land.  It didn’t become a state until 1959.  So while the relevance of June 28 is unclear it hardly matters because the we have an appropriate drink. We’ll come back to the cocktail itself in a moment.

Indigenous peoples populated the area for thousands of years before any Europeans showed up.  Russians arrived first, perhaps in the 17th century but certainly by the early 18th.  At that point it became a Russian territory largely settled by fur traders after seal pelts.

Russia had a pretty bad time in the Crimean War and was economically washed up when it ended in 1856.  Lo and behold, they owned Alaska and saw selling that expensive-to-maintain land as a way to raise a few bucks.

Enter the U.S. Secretary of State, William H. Seward, and a deal was at hand.  He negotiated the Alaska Purchase in 1867 for $7.2 million, or about 10 cents per square mile.  In today’s dollars that’s something like $130 million and $2 per square mile.  Seems cheap, especially when you compare it to Manhattan where the presumed $24 worth of trinkets works out to about $50 per square mile in current dollars.  Manhattan was never cheap, but folks in the U.S. regarded Alaska as frozen and worthless.  The deal was hard to get through Congress and earned the nickname “Seward’s folly.”

Perhaps folks didn’t do a lot of dog sled racing or eat much salmon in those days, but our Editorial Board thinks other states were just jealous.  After all, Alaska is big – bigger than California, Texas and Montana combined.  It has more coastline than all other states added up.  It also has more than three million lakes, which kind of takes the wind out of Minnesota’s license plates and their “Land of 10,000 lakes” byline.

But enough of that now, it’s time to get to the drink.  The precise origin of the Alaska cocktail is unclear.  It was first published in 1913 when Alaska was a pretty hot topic after becoming a Territory.  The original recipe called for Old Tom gin, but by 1930 and publication of The Savoy Cocktail Book London dry gin was standard.

It’s really a perfect drink for times that you feel like having a Martini variation.  It’s just like a Martini in which the only change is the Mr. Potato Head move of substituting Yellow Chartreuse for dry vermouth.

About Yellow Chartreuse.  It’s not as widely used in cocktails as Green Chartreuse, and because it wasn’t introduced until 1840 we didn’t even cover it on May 16, World Chartreuse Day.  Significantly milder than its green brethren, Yellow Chartreuse still carries significant herbal elements and is notably sweeter.  As a strange sidelight in the history of booze, the yellow version was first developed to appeal to women.  Like a silent order of male Carthusian monks living in alpine valley isolation knows a lot about women’s tastes?  Go figure.  But the Alaska cocktail recipe is as good a reason as any to buy a bottle. 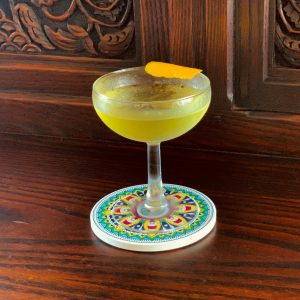 While we call for London dry gin in this recipe, feel free to substitute Old Tom gin if you feel like going back to the true original version of the drink.  Also note that the Alaska warrants breaking out one of your better bottles of gin; it would be let down with bottom-shelf stuff.  Something with a notable juniper element would be a good choice.
No ratings yet
Print Recipe Pin Recipe 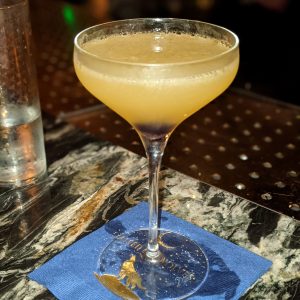 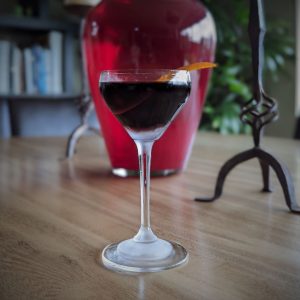