For Guy Fawkes aka Bonfire Night

Your cocktail calendar entry for: November
5
No Comments 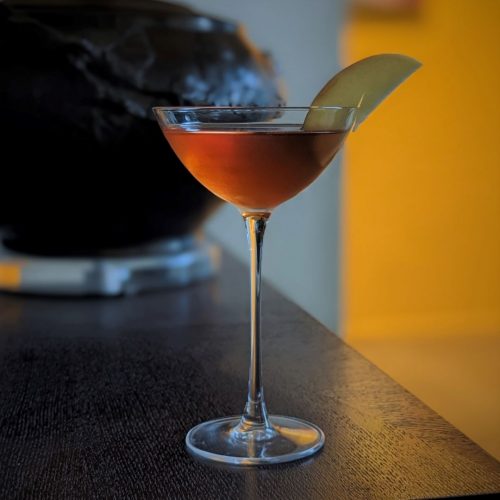 The November 5 Drink of the Day is the Autumn Bonfire cocktail to mark the occasion of Guy Fawkes Night.  Or Bonfire Night as it is often known.  For those not already familiar, in Great Britain it commemorates foiling the Gunpowder Plot.  That plot, you see, was a result of the friction between Protestants and Catholics going on late in the 15th century wherein a group of Catholic dissidents planned to assassinate the King, James I.  Their plot didn’t go so well and the group, including Guy Fawkes, all ended up very much dead.

King James’ Council authorized the public to celebrate the King’s survival with bonfires, so long as they were “without any danger or disorder.”  That happened quickly, with fires lit the same night the Gunpowder Plot was foiled.  November 5 has been known ever since as Bonfire Night, Fireworks Night or Guy Fawkes Night.  So we need a Bonfire Night drink and the Autumn Bonfire fits the bill.

Guy Fawkes and the Gunpowder Plot

Around 1605, after years of persecution, a group of 13 Catholics decided to take drastic action.  Led by Robert Catesby, an outspoken critic of the Crown, they planned to blow up Parliament and kill King James I and as many members of the legislature that they could.

To do this they collected 36 barrels of gunpowder and stored them in a cellar below the House of Lords.  But some of the plotters had second thoughts and one of them sent a letter to a friend, Lord Monteagle, advising him to stay away from Parliament on November 5.

That letter was shown to the King and he ordered a search.  Lo and behold that search discovered two things in the cellar:  the gunpowder and Guy Fawkes, who had the job of lighting the fuse.  He was arrested, of course, and after two days of torture confessed and named his fellow plotters.

That didn’t end well for any of them after they were found guilty of high treason.  The Attorney General announced that each would be dragged to towards his death by a horse and then hung, drawn and quartered.  Genitals would be cut off and burnt before their eyes, bowels and hearts would be removed.  Heads on pikes.  Pretty dire stuff.

Fawkes himself managed to avoid the worst of it.  On his way to the gallows to begin the punishment he managed to leap to his death.  Nonetheless, his body was chopped into quarters and those were sent to “the four corners of the kingdom” as a warning to others.

None of this did much to improve Protestant-Catholic relations in the region, but it did lead to a national celebration.  Bonfires were authorized and the tradition began the day the plot was foiled.

It seems only natural that we need something bonfire-ish to celebrate Guy Fawkes aka Bonfire Night.  Luckily, we find it in the Autumn Bonfire cocktail as created by Rosie Schaap.  Ms. Schaap is a former bartender and a drinks columnist for the New York Times, and has also written for Saveur, Lucky Peach, Travel & Leisure, and others.  She also wrote Drinking with Men: A Memoir and Becoming a Sommelier.  We’re not really sure how many drinks she has come up with, but this is a good one.

It may be a characteristic of the fall season, but the Autumn Bonfire bears resemblance to the American Trilogy that we’ve mixed for the Thanksgiving holiday.  Both drinks combine whiskey and apple brandy.  Here the Islay Scotch adds smoky overtones and better fits the bill as a Bonfire Night drink. 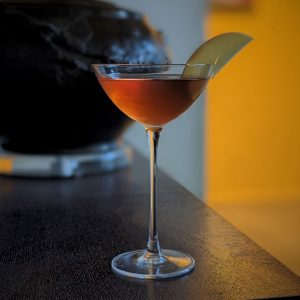 A perfect drink for Guy Fawkes Night or any fall evening for that matter, the Autumn Bonfire is a creation of Rosie Schaap. The flavors of apple both from juice and apple brandy play very well with the strong peaty notes of an Islay Scotch whisky, and a the small dose of maple syrup smooths everything out.
No ratings yet
Print Recipe Pin Recipe 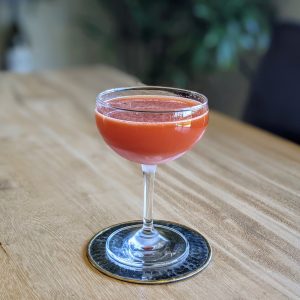 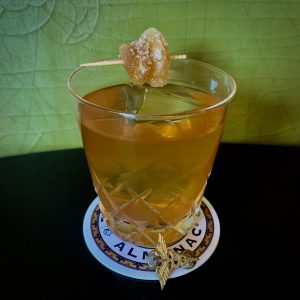