Your cocktail calendar entry for: October
20
No Comments 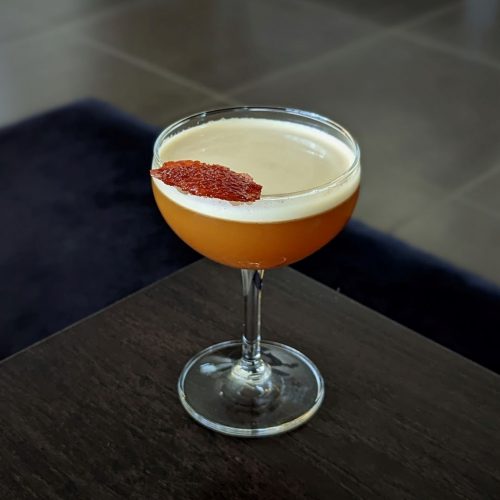 October 20 is Bela Lugosi’s birthday, so to provide a good vampire cocktail we’ll be mixing up the Bela Lugosi cocktail.  Most remembered for portraying Count Dracula in the 1931 namesake film, Dracula, as well as the later Abbott and Costello Meet Frankenstein.  Largely typecast in movies as a horror movie villain, he tried to break out of that mold to limited success

Over a 50-year career he established himself as the quintessential vampire.  He was Dracula, and the image lives on today.  On top of that it’s not often that we have a Drink of the Day eponymous with our protagonist.  Sure, there are various “vampire” cocktails, but none of those were appealing and the Bela Lugosi recipe does not require any stunt ingredients.  So if you need a vampire cocktail this is the one to mix.

Born October 20, 1882 as Bela Ferenc Dezso Blasko in part of the Kingdom of Hungary (now Romania), he was the youngest of four children.  He dropped out of school at the age of 12, worked in various jobs, but began stage acting in 1902.  The following year he took the last name Lugosi after his birthplace, the town of Lugos.

Lugosi served in WWI and after the war became an actor in Hungarian silent films.  But after the revolution of 1919 he fled to Vienna, then Berlin, and in 1920 emigrated to the United States and made his way to New York.  There he entered the theater in New York’s Hungarian community. 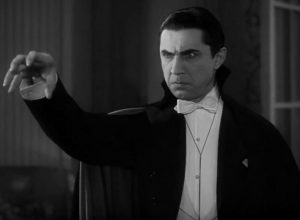 He got some American film roles, but in 1927 was approached to star in a Broadway production of Dracula adopted from the novel.  This was very successful and it toured the U.S. to much acclaim.  Somewhere along the way Universal Pictures optioned the rights to the play and began production of a movie in 1930.  Lugosi was not their first choice to play Dracula, but he eventually got the role and the film was a major hit.  He was paid $3,500.

From that point on, with his heavily accented voice, he was largely typecast as a horror film villain.  Whether that was due to his thick accent or not, his career started to decline.  He had developed severe, chronic sciatica, presumably from his injuries during WWI, but soon enough he was medicated with opiates.  Abbott and Costello Meet Frankenstein in 1948 was his last “A” list movie.  For the remainder of his life he appeared less and less frequently in forgettable films such as Ed Woods’ magnum opus Plan 9 From Outer Space, which is generally regarded as one of the worst films ever made.

The choice of the Bela Lugosi cocktail became clear after surveying various vampire cocktail recipes.  And it’s not often that we have a drink named directly after our protagonist.  The only ones that come to mind are the Napoleon cocktail and Nelson’s Blood.

The Bela Lugosi recipe was developed by Patrick Graham at the Sidecar Speakeasy in Fort Lauderdale, Florida.  It’s a bar done in the speakeasy style, created by a wine bar operator for their obviously more discerning clientele.

The proscribed garnish for the drink is a bit more involved than the typical cherry or twist.  You want to make a disc of sugar brulee.  The flame is applied to sugar deposited on a thick lemon slice soaked with Angostura bitters, then lifted off after cooling and placed on the rim of the glass.  Yes, it’s a bit of a chore and involves fire.  We won’t give you any side eye if you forsake this step, but it’s worth the trouble. 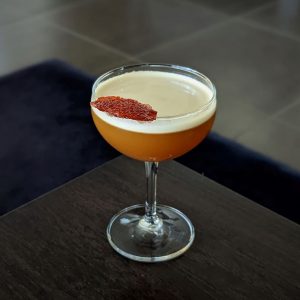 From the Sidecar Speakeasy in Florida, the Bela Lugosi cocktail is a combination of mezcal and Fernet Branca augmented with Pineapple and lemon juice. The garnish called for is a bit involved, but is delicious if you elect to make it. If not, the drink it still quite tasty.
No ratings yet
Print Recipe Pin Recipe 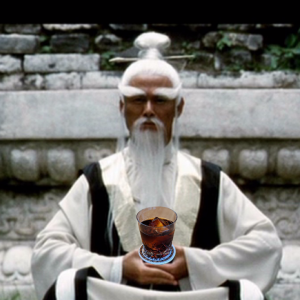 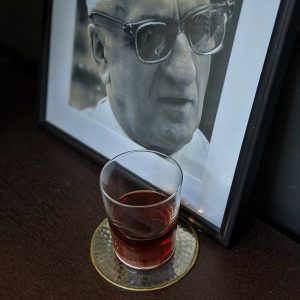 The Ferrari Cocktail for His Birthday 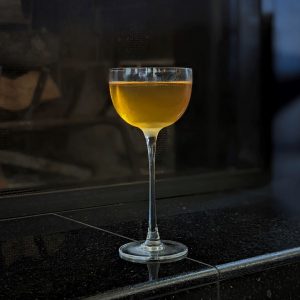