Your cocktail calendar entry for: September
14
No Comments 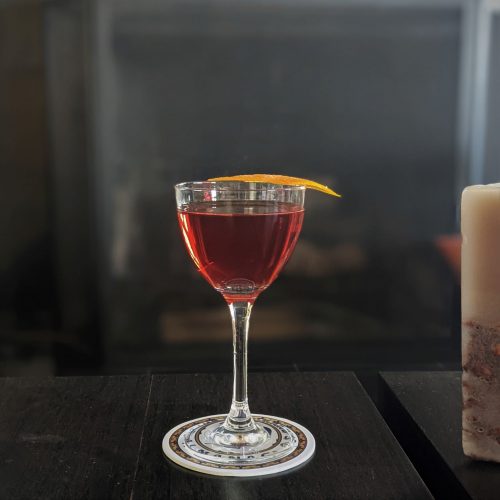 The Boulevardier cocktail is a simple and loved variation on the Negroni, a perfect drink to have during Negroni Week.  We’ll go through some background and then get to the Boulevardier recipe.

It’s also time for Mr. Potato Head to come out.  We visited him on his birthday, May 1, when we explained how cocktails have components that can be substituted and modified.  Kind of like putting Mr. Potato Head’s nose where an ear used to be, or swapping out one arm for another.

Today we substitute just one ingredient:  the base spirit.  So pull out your favorite bottle of Bourbon and follow along.

The Boulevardier, like the Negroni, is a classic.  It even has its own variations, like the Bananavardier.  The generally accepted history is that it was the brainchild of Erskine Gwynne.  He was a gadabout member of the Vanderbilt Family, who between 1927 and 1932 published a monthly magazine in Paris called The Boulevardier.  So what is a boulevardier?  It’s a frequenter of Parisian boulevards, a man-about-town as it were, a fashionable, worldly and socially active person.

The Boulevardier cocktail burst into existence right in the middle of Prohibition, that regrettable episode from 1920-1933.  As you would expect, Prohibition threw a lot of U.S.-based bartenders for a loop.  Some of the more adventurous ones decamped to Europe where they promptly made names for themselves guiding old world barmen through U.S. cocktails and experimenting with European ingredients.

Harry MacElhone, originally from Scotland, was one of them.  He had formerly helmed the bar at the Plaza Hotel in New York, but during Prohibition fled for Europe and found his way to Ciro’s in London.  Eventually he bought the extant New York Bar in Paris, rechristening it as Harry’s New York Bar.  Why does he matter here?  Because the Boulevardier first appeared in Harry’s 1927 bar guide Barflies and Cocktails, his compendium of about 300 recipes.  So we see that the Boulevardier made a splash and was accepted among bartenders.  By the way, Harry’s is still there at 5 Rue Daunou and remains in the family. 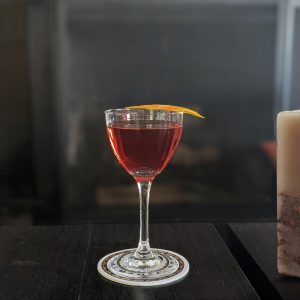 Today we’re not going with the 1:1:1 proportions that we experienced yesterday with the classic Negroni. Instead we’re back to what by now should now be quite familiar to you: the 2:1:1 formula. Mr. Potato Head will swap out the gin for bourbon and it’s off to the races. Nothing exotic, only ingredients you already have around.
No ratings yet
Print Recipe Pin Recipe 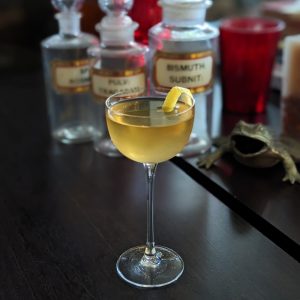