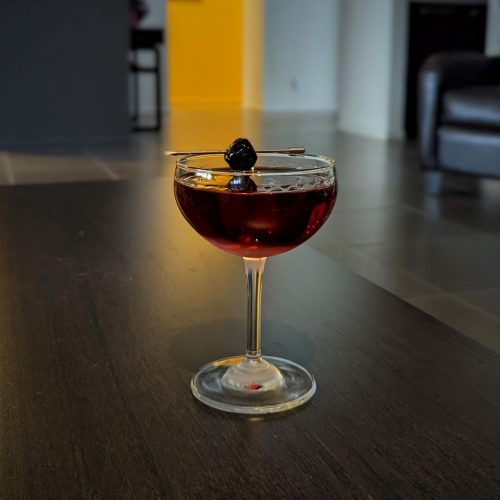 The Cocktail a la Louisiane is the January 10 Drink of the Day because it’s an important date in the worlds of liquor and transportation.  It was that day in 1812 that the first steamboat, the New Orleans, arrived in its namesake city.  This ushered in a new capability to transport whiskey, which was already in high demand in New Orleans.  As you know, many wonderful drinks were the result, and we’ll cover the a la Louisiane recipe.  It’s part of the family of classic New Orleans cocktails.

The London Underground also opened on January 10, 1863.  But those trains were not used for freight.  You still had to carry your gin home.  So while the underground made it easier to get to your favorite bar it didn’t bring in previously unavailable hooch.  Today we’ll put that event aside, talk about the steamboats, and provide the Cocktail a la Louisiane recipe.

Settlers were making their way down the Ohio and Mississippi rivers for decades before the New Orleans steamboat was developed.  Populations in the “west” were growing and people were thirsty.  A lot of whiskey was also being made in Kentucky and east of the Appalachian Mountains.

The New Orleans was part of a business venture between Robert Fulton, Robert Livingston and Nicholas Roosevelt.  They wanted to ply trade in what at that time were the western waters.  The first boat was built in Pittsburgh, christened the New Orleans with the intent that city would be her home port.

After a successful trial run down the Monongahela River to the Ohio River the ship set out for New Orleans on October 15, 1811.  Roosevelt captained the ship, and as a new technological marvel it received much fanfare from cities along the river.

The New Orleans headed down the Mississippi River and after several months arrived in New Orleans.  Roosevelt decamped back to New York and terminated his partnership with Fulton and Livingston, but the die was cast.  Whiskey had a greatly improved way to travel south.

The Effect on Whiskey

Corn was utilized to make whiskey west of the Allegheny Mountains as we discussed for the Kentucky Buck on National Bourbon Day.  But that whiskey wasn’t what we know as Bourbon today.  Most of the distillers were not very concerned about taste.  Barrels previously used for salted fish or pickles would be reused.  While we previously covered the deliciousness of the Pickleback, we can’t endorse the idea of whiskey aged in pickle barrels.  What we now call Bourbon started out as white whiskey, but it soon became common to char the inside of the barrels in an attempt to remove unpleasant tastes.

The trip from Kentucky down to New Orleans took five months.  Strangely, the distillers started to get orders for the “red liquor.”  The Kentucky distillers learned that the whiskey developed a different color and taste as a result of its time inside charred oak barrels.  And it was better.  The same thing happened with Rye Whiskey out of Pennsylvania.  Neither whiskey was originally meant to be aged, but suddenly the process was born and valued.  Barrel houses followed and the Cooper’s Union rejoiced in the new market for freshly charred barrels.

Strangely, while both Bourbon and Rye Whiskey were consumed in New Orleans there really aren’t any Bourbon-based classic cocktails from there.  We could go for the Bourbon Milk Punch, but we’re not much for milk in cocktails even if it would be good for the kids at breakfast. 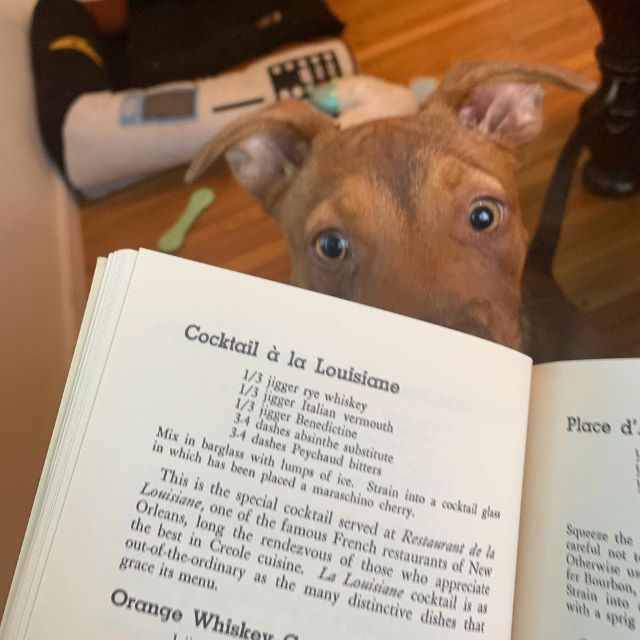 We’ve covered the Sazerac and the Vieux Carre cocktails for Mardi Gras, and either of those would be suitable to honor the arrival of the New Orleans.  But to add to the repertoire we’re going to mix the Cocktail a la Louisiane as Drink of the Day.

The drink itself was the house drink served at the Restaurant de la Louisiane and was an entry in Stanley Arthur Clisby’s classic work Famous New Orleans Drinks and How to Mix ‘Em.  That said, the proportions of the original recipe as printed create too sweet a cocktail as evidenced by the distressed look of our Goodwill Ambassador, Miss Moneypenny, whose palate is a bit on the drier side.

The a la Louisiane recipe we use is from consummate bartender Jim Meehan in his work The PDT Cocktail Book.  As he says, it’s “…a Manhattan variation with a Creole Soul.” 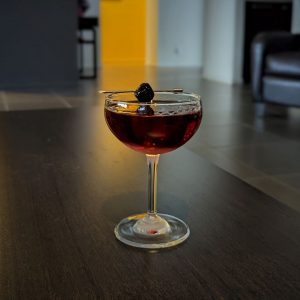 A classic New Orleans cocktail and a variation on the Manhattan, the a la Louisiane recipe we use is from The PDT Cocktail Book by consummate bartender Jim Meehan. As he put it, it's a variation on a Manhattan with a Creole soul. It's a bit drier than the original recipe published and more suitable for modern palates.
5 from 2 votes
Print Recipe Pin Recipe 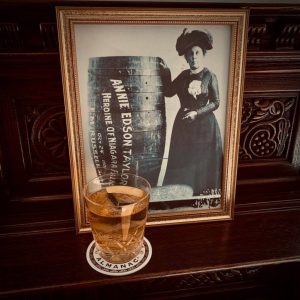