Your cocktail calendar entry for: May
14
No Comments 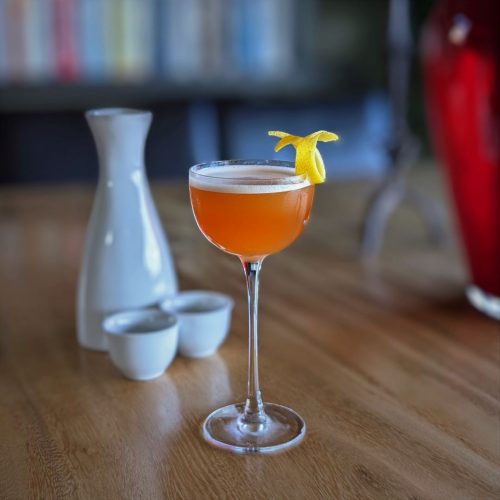 Here at The Drunkard’s Almanac we’ll be mixing the classic Japanese cocktail on May 14th.  That’s the anniversary of the day in 1860 that the first Japanese diplomatic delegation to the U.S. landed in Washington DC.  It was a landmark event.

Foreign delegations of any sort were a big deal at the time, especially so when two societies so foreign to one another met.  The delegation became the rock stars of the day, complete with a parade down Broadway in New York.  And they drank.  The Japanese cocktail recipe itself was created as a special drink for these celebrity visitors at their newly found watering hole by none other than Jerry Thomas.

Japan had been on a two-hundred-year national seclusion policy when Commodore Matthew Perry of the U.S. Navy showed up in 1853 and again in 1854 to request that Japan open to American trade.  Japan was not so keen on the idea, but fearful of a repeat of the Opium Wars in China they agreed to the Treaty of Peace and Amity in 1854.

Townsend Harris, the first U.S. Consul to Japan, negotiated the Treaty of Amity and Commerce in 1858.  It was the first trade agreement between the countries and set a model for Japan’s later agreements with others.  Ratification of the treaty in Washington led to the first Japanese diplomatic visit in 1860.

Japan Airlines wasn’t exactly flying nonstop from Tokyo in 1860 so it was a pretty involved journey.  The delegation was led by three ambassadorial samurai, and the Tokugawa shogun who was losing power at home was out to impress.  So he sent a coterie of seventy-seven individuals with more than fifty tons of baggage, mostly special gifts to cement the relationship.

They traveled by ship, of course, first landing in San Francisco, where they hung out for a month.  From there they sailed to Panama, and the delegation crossed the isthmus by railroad in those pre-canal days.  Once on the Atlantic side they got on another ship and headed to Washington.  There it was the usual diplomat stuff:  receptions, meet President Buchanan, receive a gold watch as gift for the Shogun, and so on.

The delegation then traveled on to New York, which was where the fun happened.  They got a grand parade and stayed for a few weeks at the Metropolitan Hotel.  That was a good thing, as they were only a block away from Jerry Thomas’ bar at 622 Broadway.

The key members of the Japanese delegation were dignified and reserved non-English-speaking samurai.  But they also had Tateishi Onojoro Noriyuki, who quickly became known as Tommy.  He was young, spoke English and held a strong interest in flirting with American women, who received him well.  As reported by David Wondrich in his book Imbibe!, he was also interested in American drinking and his comrades joined him.  Apparently this was along the lines of “From breakfast to supper, they ….[kept] the toddy-sticks going with much vivacity.”

Jerry Thomas, of course, was the most famous bartender of his era.  We’ve talked about him a bit in the context of the Martinez and Improved Whiskey cocktail and his book, Jerry Thomas’ Bar-Tenders Guide.

Thomas was nicknamed the “Professor,” and while he wasn’t known much for actually inventing new drinks he did so with the Japanese cocktail for his guests.  For some inexplicable reason the Minneapolis Tribune wrote that “The Japanese Cocktail is a liquid attack of spinal meningitis.  It is loaded with knock-kneed mental ceramics, and is apt to make a man throw stones at his grandfather.”

We respectfully disagree.  The drink contains no seemingly unusual Japanese ingredients, and if a little bit of Orgeat syrup and a couple of ounces of Cognac cause one to throw stones there are other problems extant.  We think it tastes great. 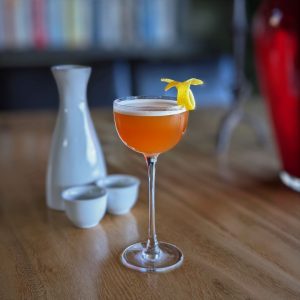 A delightful mix of Cognac sweetened with orgeat syrup and spiced by Angostura, the Japanese Cocktail emerged from Jerry Thomas' bar during the first Japanese diplomatic visit to the U.S. in 1860. Unusual for a drink without juice, it benefits from being shaken vigorously rather than stirred.
No ratings yet
Print Recipe Pin Recipe 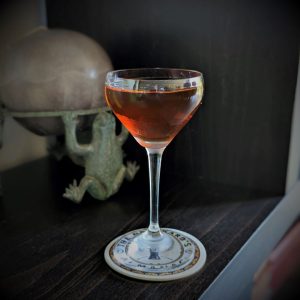 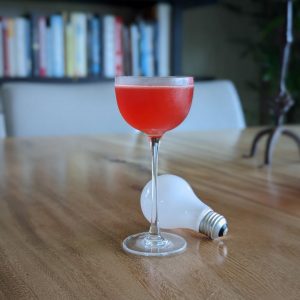