In honor of Prince Rainier III

Your cocktail calendar entry for: November
19
No Comments 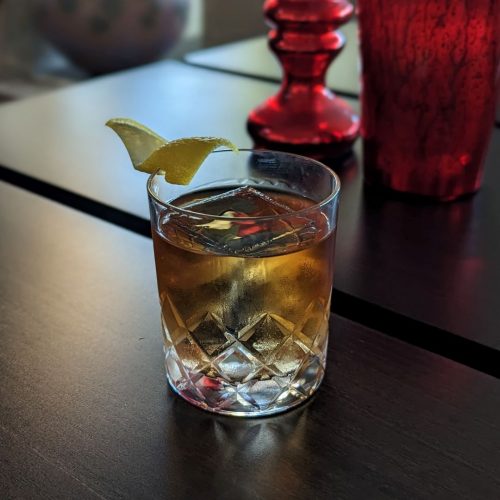 We’re mixing the Monte Carlo cocktail on November 19 to celebrate the 1949 Coronation of Rainier III as the Prince of Monaco.  It’s pretty good work if you can find it, especially if you do it as he did and marry someone like Grace Kelly, the biggest movie star of the day, along the way.

The Monte Carlo recipe is extremely simple and should definitely be in your repertoire.  As a bonus, we’ll explain how Monaco and Monte Carlo are related so you can inform anyone confused by the distinction.

Rainier III was born as Louis Henri Maxence Bertrand Grimaldi in 1923 right in Monaco.  He went to school in England and then ended up in Paris at the University of Montepelier for a Bachelor’s degree.  After that he spent time at the Institut d’études politiques de Paris.

It seems like time at the institute for political studies served him well, because on his 21st birthday in 1944 his mother, Princess Charlotte, renounced her claim to the throne.  That meant that when his grandfather, Louis II, Prince of Monaco, kicked the bucket Monaco would be his to rule.

That happened in 1949, a few years after his service in the Free French Army toward the end of World War II.  Once he ascended to the throne, Rainier worked to recoup Monaco’s luster.  It was not so good in 1949 through financial neglect.  The treasury was pretty much empty.  Monaco had funded itself as a place for gambling but the clientele, mostly European aristocrats, didn’t have a lot of spare change at the end of the war.  So Rainier decided to promote Monaco as a tax haven, commercial center, tourist attraction and James Bond’s favorite place to play Baccarat.  As you know, that worked out pretty well.

The most exciting event of his reign came after he met the Academy Award winning actress Grace Kelly in 1955.  They got married the following year in an event that received mass attention around the world.  The media billed their union as the “wedding of the century” and more than 30 million people watched the broadcast.  That was a lot in those days.  Naturally, they honeymooned on their own yacht in the Mediterranean.  As Mel Brooks said in his film History of the World, Part I, “it’s good to be the king.”

Before we get to the Monte Carlo recipe let’s clarify what’s going on with Monaco and Monte Carlo.  Monaco itself has been a city-state, a sovereign, since the 12th century.  Monaco is the country, but Monte Carlo is the most famous of its four traditional quarters.  That’s because it contains the famed Monte Carlo Casino.  We’re not so sure why else you would go unless you’re wealthy enough to park your yacht there for the Cannes Film Festival or Monaco Grand Prix.  But on to the drink.

As it turns out there’s not much to say here as nobody really knows where the Monte Carlo cocktail came from.  For all we know it may simply be a Mr. Potato Head type variation on a Manhattan, as it substitutes Benedictine for the sweet vermouth.  The Rob Roy, using Scotch and Benedictine, appeared in New York in 1894, soon after the Manhattan did, so the Monte Carlo recipe seems like a cross between the two.  To the best of our knowledge, the recipe first appeared in one of our favorite cocktail books, David Embury’s 1948 tome The Fine Art of Mixing Drinks. 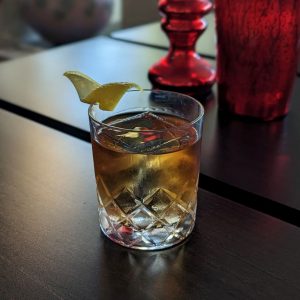 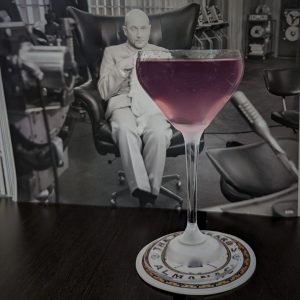 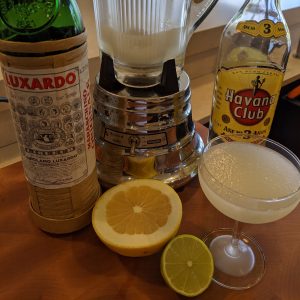