Your cocktail calendar entry for: April
11
No Comments 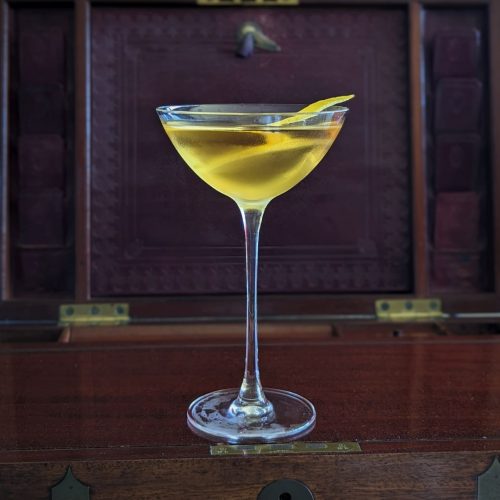 April 11 is the anniversary of Napoleon abdicating his rule of France and his exile to the island of Elba.  That makes the Napoleon cocktail our Drink of the Day.  You’ve probably heard of Napoleon – he’s famous for military stuff – but we can also thank him for the jars of martini olives and cocktail onions we buy.  The fact that the Napoleon cocktail is documented in The Stork Club Cocktail Book from 1946 is also important.  The Stork Club, you see, was THE place in New York and is worthy of discussion.

Napoleon Bonaparte was certainly a historic military and governing figure; his rise and fall are among the most spectacular in all of history.

But we also need to thank him for helping us with cocktails.  He famously said, “An army travels on its stomach”.  Hungry troops don’t do so well, and his armies had to live off whatever they could pillage, forage or buy.  In 1795 he offered a 12,000 franc reward to anyone that developed a method to preserve food.

Nicholas Appert, a French brewer, won the prize after noting that food cooked inside a jar didn’t spoil unless its seal broke.  Nobody knew why it worked as Louis Pasteur wouldn’t discover microbes for another 50 or so years, but nobody cared.  Cans weren’t around yet, but jarred food did the job.

What this means to us, of course, is that we can go down to the store to pick up cocktail onions or olives stuffed with any number of things.  There’s no historical record of Napoleon quaffing Martinis or Gibsons, but his military need created our drinking benefit.

But Napoleon also had some unfortunate expansionist tendencies.  It worked for a while, but it reached the point at which a lot of surrounding nations were fed up with his expansionist ambitions.  He ended up facing the allied forces of Prussia, Austria, Sweden, Russia, Great Britain, Spain and Portugal.  That was a bit much and the Allies took Paris.

The Allies prevailed and forced his unconditional abdication of power on April 11, 1814.  He was then summarily exiled to Elba, a small island near Tuscany.  Yes, he escaped Elba and tried France again, but that didn’t work so well.  He was finally banished to Saint Helena, a smaller isand in the Atlantic Ocean, where he died.

The Napoleon cocktail first appears in The Stork Club Bar Book by Lucius Beebe.  The book was published in 1946, but the Stork Club existed from 1929 to 1965 as one of the world’s most prestigious clubs.

The Stork Club was located in midtown, at 132 West 58th St., and owned and operated by Sherman Billingsley.  He was a former bootlegger, and when asked how the club’s name came to be replied, “Don’t ask me how or why I picked the name, because I just don’t remember.”

The club attracted a lot of celebrity visitors.  The Roosevelt and Kennedy families, the Duke and Duchess of Windsor, Grace Kelly, Liz Taylor….they were all patrons as were some of our favorite drinkers.  Frank Sinatra turned up, and Hemingway cashed his $100,000 check for film rights to For Whom the Bell Tolls to settle his bill.   He must have run up a large tab.

The original recipe for the Napoleon cocktail calls for Dubonnet, a sweet and aromatized wine-based aperitif from France.  Parisian chemist and wine merchant Joseph Dubonnet created it in 1846 for the French Foreign Legion to mask the taste of medicinal quinine for soldiers contending with malaria in North Africa.  But that’s a subject for another column, though we did bring it up in the context of the Gin and Tonic.  If you don’t have it on hand this should not be a hindrance to mixing up the drink, as our Editorial Board has concluded that substituting sweet vermouth works just as well. 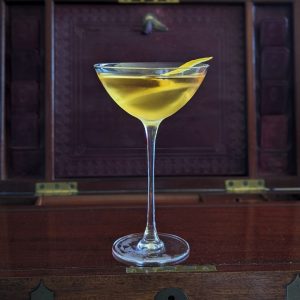 A gin-based drink originating at The Stork Club in New York sometime before being published in 1946, the Napoleon cocktail is a martini variation. While it calls for Dubonnet, the scant quantity used allows us to substitute sweet vermouth without sacrificing the quality of the final drink.
5 from 1 vote
Print Recipe Pin Recipe 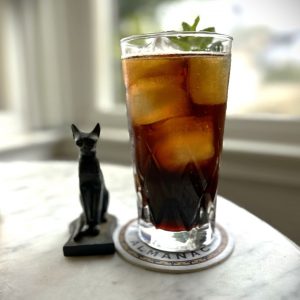 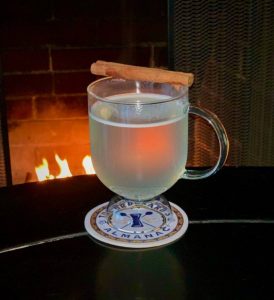