Your cocktail calendar entry for: July
27
No Comments 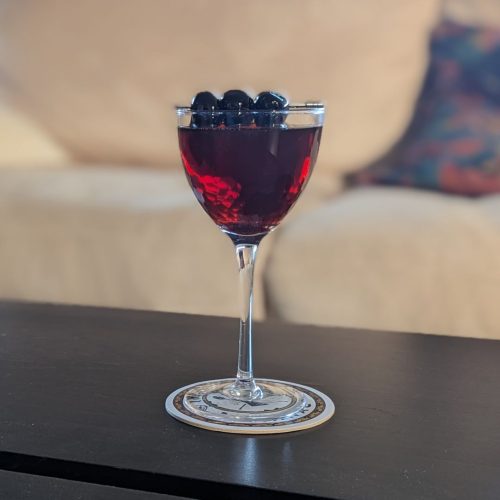 Greetings drunkards and drunkards in training.  Today, July 27, is indeed an important date in the Drunkard’s Almanac because it’s National Scotch Day.  So today it’s going to be the Rob Roy as Drink of the Day.

So what do you need to know about this ubiquitous and famous spirit?

Above all, the first thing to remember is it’s whisky, NOT whiskey.  The latter holds true for distillates emerging  when the place has an “e” in its name (e.g. America, Ireland).  But it’s not the case for Scotland (or Japan) and an errant “e” will rightfully earn you scornful glances.

History wise, Scotch whisky first appeared in the Exchequer Rolls of Scotland in 1494, when it was known as aquae vitae or Latin for “water of life”.  Quite apropos.  At first it was always made from malted barley, but sometime around the late 18th century some wheat and rye also began to appear in the mix.  Scotch must be aged in oak barrels for a minimum of three years, but if the bottle carries an age statement on the label that number has to reflect the youngest whisky used in the mix.

At this point we could get into all sorts of discussions on single malt vs blended malt, highland vs. lowland, or even how Japan got on board with Masataka Taketsuru studying how to do it all in Scotland and perfecting the craft in Japan.  That indeed led to the current situation of certain Japanese whiskies being among the hardest to find.  Oh well.

But that’s all ordinary cocktail fodder.  Today, we’re going to give due consideration to an important part of the distillery workforce:  the distillery cat.  It’s well explained in Distillery Cats:  Profiles in Courage of the World’s Most Spirited Mousers.

Any distillery, you see, keeps large stockpiles of grain.  And especially in the early days when it was largely laying about and spread on the floor for malting in advance of brewing up a batch.  This, as you should expect, attracts rodents and birds eager to feast upon the goods.  The solution?  A cat, of course.  Our feline friends have been under the employ of distilleries for centuries now.  Many noble cats have come and volunteered for the duty, noting the plentiful food supply and warm place to sleep near the stills.  In more recent times the cats have also often joined the on-site hospitality team, helping to bring the pikers in through the front door.

There are, of course, places you shouldn’t expect to see a cat:  the fish market or a screening of Ratatouille come to mind, but you should be happy to see one when visiting a distillery.

And some distillery cats are legendary.  Towser the Mouser was one such cat, earning herself a monument at the Glenturret Distillery in Perthshire.  And that monument is for good reason – she’s in the Guinness Book of World Records.  Towser indeed met many rodents as their face of doom.  When the distillery master arrived at work each morning Towser always had the nightly haul laid out neatly on the floor.

The Guinness folks visited the distillery to assess the prowess of this fearsome mouser and ultimately granted a world record.  They estimated 28,899 mice over the course of her nearly 24 year life.  That’s one bad-ass cat, and her long life is frequently attributed to the wee dram of whisky added to her nightly milk saucer, even if that’s not on the recommended list from the Veterinary Medical Association.

But enough on cats, let’s get to drinking.  What’s appropriate for today’s Drink of the Day?  Well, we covered the Drunk Uncle cocktail during Negroni Week.  That was an example of our simple 2:1:1 ratio drinks using an Islay whisky, bianco vermouth and Cynar.d

Today we’re going simple:  the Rob Roy.  This delicious brew apparently came into being in 1894 at the Waldorf Astoria hotel in New York, coinciding with the opening of an operetta based upon the life of a Scottish folk hero, Robert Roy MacGregor.  Now the actual man, Rob Roy, was actually quite an outlaw, but we’ll leave that for his birthday.  Instead we turn to an impossibly simple recipe.  By the way, if you like this you’ll probably also like the Bobby Burns cocktail. 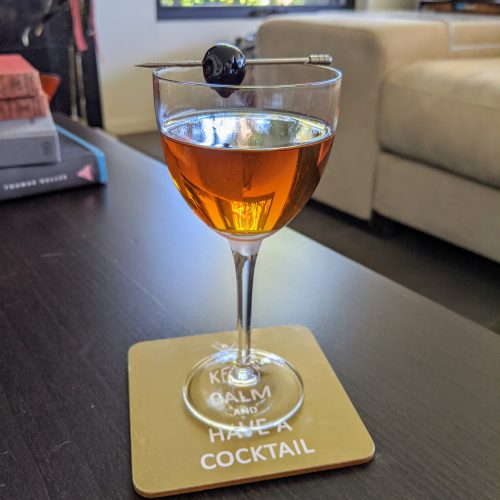 The Rob Roy is basically a Manhattan made with any Scotch whisky you like rather than bourbon or rye.  Just like this, and as usual with only ordinary household supplies:
No ratings yet
Print Recipe Pin Recipe 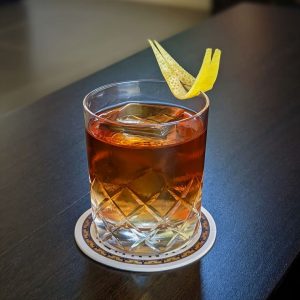 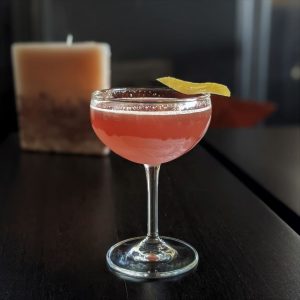