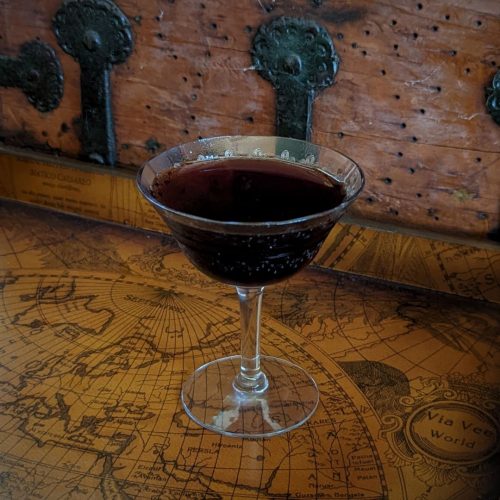 For September 29 we’re mixing the Nelson’s Blood cocktail.  You see, it’s the birthday of the famous Royal Navy flag officer Horatio Nelson.  Most commonly known as Admiral Nelson, he was also 1st Viscount Nelson and 1st Duke of Bronte.  He served honorably but died in the Battle of Trafalgar.  He was revered in England and Nelson’s Column, a monument in Trafalgar Square, is topped with a statue of him.

Born in England in 1758 and named Horatio after his godfather, he was one of eleven children.  His uncle, Maurice Suckling, was a naval officer and had a strong effect upon the boy, particularly in giving him a hatred of the French.

Horatio reported to duty as an ordinary seaman under his uncle on the HMS Raisonnable at the age of 12.  But it wasn’t long before he was appointed as a midshipman and began officer training.

Eventually Nelson received an appointment aboard the HMS Seahorse as it was about to sail to the West Indies.  He gained a lot of experience escorting convoys, improved his navigational skills and by 1781 he received his first command.  He sailed to and fro, escorted convoys, battled the French in the Turks and Caicos islands, worked to dominate the Mediterranean and even found the time to get married.

But the Battle of Trafalgar proved to be his undoing as we covered when we mixed the Embassy cocktail.  So rather than recount that battle here we’re going to move forward to discuss the aftermath.

The Royal Navy knew that a body could be preserved in rum, but the ship’s surgeon chose something stronger.  Nelson’s body was placed into a cask of brandy mixed with camphor and myrrh, which was then lashed to the mainmast of his ship and placed under guard.  The ship had been damaged at Trafalgar and was towed to Gibraltar, where the body was transferred to a lead-lined coffin filled with spirits of wine.  Which just means more purified alcohol in this context.

This is where things get interesting.  When Nelson’s body arrived in Gibraltar and was placed in the alcohol-filled coffin word was sent to London aboard the HMS Pickle.  Yes, that’s right, a bad pun ship delivered the news.  But we can’t claim that Nelson inadvertently created the pun as colloquialisms like “in a pickle” had already been used long before by Shakespeare.

Nonetheless, other legends remain.  Some claim that the barrel containing Nelson held only the body by the time it landed in Gibraltar, that sailors had tapped it to drink.  Other sources say that never happened.  We’re inclined to believe the latter case, as no matter how much life on the high seas works up a thirst we’re not sure many sailors want to partake in admiral-infused brandy.

Historians claim the term was already in use before Admiral Nelson’s death, but we like to give him credit for playing a role in the phrase “tapping the admiral,” which refers to slurping liquor through a straw directly from the barrel.  He’s certainly got to be why brandy is sometimes referred to as “Nelson’s blood.”  Strangely, the term is also used for rum, likely because it was more prevalent aboard Royal Navy ships.

The Nelson’s Blood cocktail is an obvious Drink of the Day to honor the beloved Admiral Nelson.  We can also assure you that mixing it requires neither an admiral nor any blood.  It’s a popular drink in classic British pubs but it’s entirely unclear who came up with the recipe.

Mixing it is as simple as can be, equal parts Cognac and Ruby Port.  While it’s not up to the alcohol concentration of a navy strength spirit it’s certainly boozy enough for a sailor.  By our reckoning it’s seaworthy.  Nothing fancy in the Port department is required.  Simple versions you should have around for cooking will do just fine, and we certainly wouldn’t recommend mixing vintage Port with anything at all. 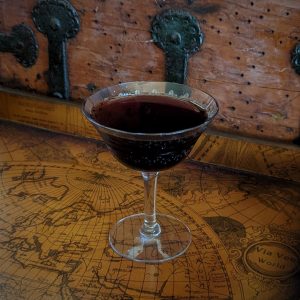 Long popular in classic British pubs, Nelson's Blood is an extremely simple two part Cognac cocktail. No admirals or blood are required, and it combines the strong fruit elements of Port with the complexity of Cognac.
5 from 1 vote
Print Recipe Pin Recipe 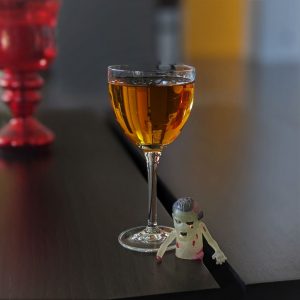 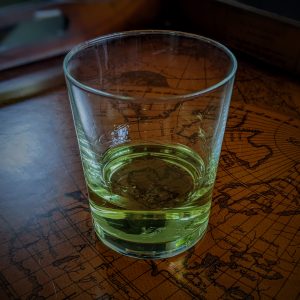