Your cocktail calendar entry for: September
16
No Comments 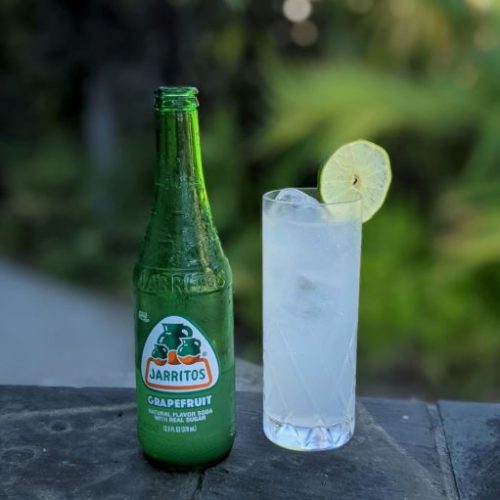 Today’s September 16 and you know what that means: it’s Mexican Independence Day.  Yes, that’s right, and it’s time for those confusing Cinco de Mayo and Independence Day to push their taco bowl aside.  Find out the real story and enjoy an appropriate Drink of the Day.  Today it’s going to be the Paloma, refreshing and easy to make.

In 1810 what we know as Mexico was a part of New Spain, a subset of the lands under the Spanish Crown.  Spain, Portugal, the Netherlands, England….they were all in on the fun somewhere in the world as we talked about with the East India cocktail some time ago.

The Cry of Dolores, or Grito de Dolores occurred on September 16, 1810.  That’s when Roman Catholic priest Miguel Hidalgo y Costillo rang his church bell in the town of Dolores, Mexico, and gave the call to arms that set off the Mexican War of Independence.  Mexico marks September 16 as a national holiday and its Independence Day.

As it turns out that war was not a single, coherent push but rather made up of local and regional struggles.  Even that did not quite result in Mexico as we think of it.  The direct conflict ended in 1821 with the Treaty of Cordóba, which established the Mexican Empire, the only former colony of Spain to establish a monarchy after independence.  That didn’t last long and a federal republic was declared in 1823 and codified in the Constitution of 1824.

For anyone still wondering about Cinco de Mayo, that’s the anniversary of Mexico’s 1862 victory over the French Empire in the Battle of Puebla.  Mexico was a little bruised from its own War of Reform, a three year civil war that lasted from 1857 to 1860, and France was apparently feeling a bit ambitious.  In late 1861 France invaded Mexico looking to establish a regime favorable to French interests, but utimately withdrew when their ruler, Napoleon III, decided that Franco-American relations were more important than his Mexican monarchy ambitions.

So what about a Drink of the Day to recognize this important holiday?  We already covered the Margarita on National Margarita Day, so we’re going to turn to something refreshing and the most popular tequila-based cocktail in Mexico.  No, it’s not a Tequila Sunrise, a brightly colored invention of the 1970’s cocktail malaise era.  It’s the Paloma.

The history of the Paloma is a bit vague and, of course, there are competing theories.  A popular one is that Don Javier at the famous bar La Capilla did it, but according to Meehan’s Bartender Manual he denies it.  Another theory, more likely, is that the cocktail followed the introduction of grapefruit soda, i.e. Squirt, to Mexico in 1955.

You see, the Paloma isn’t much more than tequila and grapefruit soda and there’s not much evidence the Paloma even existed before grapefruit soda did.  Of course, if you look online you can find plenty of recipes that utilize fresh grapefruit juice.  But we’re in the soda camp here and are going to mix one of those up today.

But about that soda.  Several choices exist.  Squirt is the original but now many are out there:  Fresca, Ting….you name it…..and, of course, Jarritos.  Our Chief Protocol Officer sent the Bat Signal to the bartender world asking about rumored deep divisions between its members over the soda to be used, but it turned out such rumored divisions weren’t really there.  That said, the one uniform piece of feedback was that it’s essential to use soda made with actual sugar rather than high fructose corn syrup.  At least here in the U.S. the easiest of those to obtain is the Jarritos, which we at The Drunkard’s Almanac favor. 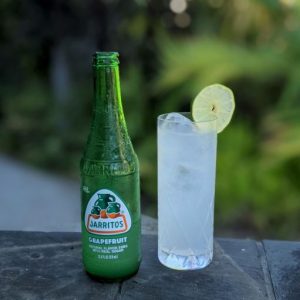 A refreshing and thirst quenching drink, the Paloma is the best use we've yet found for grapefruit soda. This one is super easy to put together. Try to find grapefruit soda made with actual sugar rather than corn syrup if you can. We favor Jarritos, but Squirt also works very well.
No ratings yet
Print Recipe Pin Recipe 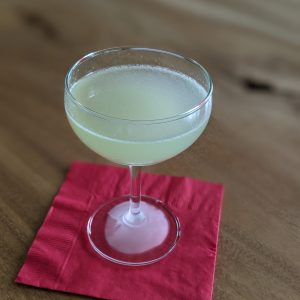 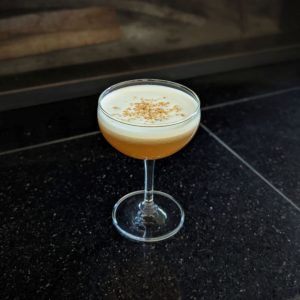 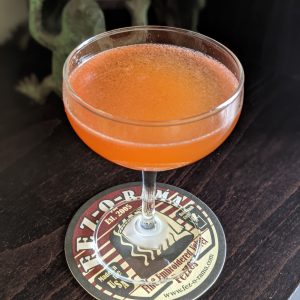