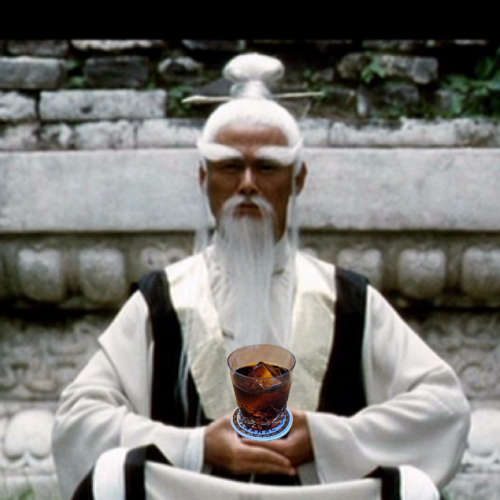 Today we have the Five Point Palm Exploding Heart Technique cocktail for the anniversary of Kill Bill: Volume 1.  It was released on October 10, 2003 as the first entry in Quentin Tarantino’s two-part martial arts saga.  The films follow the adventures of the Bride, played by Uma Thurman, seeking vengeance on a team of assassins and their leader, Bill.  Fortunately, we have an appropriate Kill Bill cocktail.

But before we get to the drink we need to talk a bit about the film and kung fu legends.

It’s a kung fu movie canon that the best villains are monks gone bad.  Here we encounter Pai Mei, who was a legendary figure long before Quentin Tarantino put him in a movie. As leader of the White Lotus Clan he was a principal villain in several old Shaw Bros. kung fu movies, specifically Executioners from Shaolin, Abbot of Shaolin, and Clan of the White Lotus.  But in Kill Bill he’s not a bad guy.  Rather, he’s the inhumanly powerful kung fu master that taught the film’s main characters.

He lived longer than Methuselah, and one of Pai Mei’s distinctions was the development of the Five Point Palm Exploding Heart technique.  As Bill put it in a flashback scene cut from the final films, that technique is “Quite simply, the deadliest blow in all of martial arts.  He hits you with his fingertips at 5 different pressure points on your body, and then lets you walk away.  But once you’ve taken five steps your heart explodes inside your body and you fall to the floor, dead”.  Bill didn’t think Pai Mei ever taught the technique to his students.  Much to his surprise and detriment he learned otherwise when the Bride finished him off with it.

The Legend of Dim Mak

The Five Point Palm Exploding Heart technique is based on the legend of Dim Mak, or ‘touch of death,’ a technique reputed to kill using seemingly less than lethal force applied to specific pressure points on the body.  Does it really exist?  Well, not really.  But it is great in movies.

It’s true that a trained Shaolin monk can incapacitate a foe with a fingertip attack to specific points and meridians.  There is also the rare phenomenon of commotio cordis, a lethal disruption of heart rhythm from a blow to the area directly above the heart.  That, however, is usually due to an unfortunate athletic mishap rather than a blow timed to a fleeting, indiscernible window of time.

A practitioner may call the temporarily debilitating fingertip attack an instance of Dim Mak, but it’s not the mythical, deadly blow.  Hearts don’t really explode, either.

Mr. Tarantino is a big fan of the Shaw Bros. movies, so it was natural for him to resurrect Pai Mei and the Five Point Palm Exploding Heart in Kill Bill.  Any Tarantino film, of course, must also include some serious, lavishly choreographed violence.  It turns out our Chief Protocol Officer was peripherally involved.

Being somewhat an expert on the kung fu movie genre, he was sent to meet Mr. Tarantino during the development of Kill Bill to discuss the Shaw Bros. films, titles for acquisition and remake ideas.  Notably, however, Tarantino asked about meeting Yuen Woo-Ping.  Known simply as The Master, Yuen is one of the greatest and most prolific directors and fight choreographers in Hong Kong movie history.   His first U.S. job was The Matrix.

Yuen was in Los Angeles at the time working on sequels to The Matrix, so our Chief Protocol Officer was able to arrange that meeting for the following day.

Tarantino asked Yuen to come on board to do the fight training and choreography for Kill Bill, and also suggested that he play Pai Mei.  Master Yuen declined the latter, believing doing both would be too much to take on.  So the Pai Mei role went to Gordon Liu, who ironically played the hero to Pai Mei’s villain in the Shaw Bros. films.

So onward to the Five Point Palm Exploding Heart Technique cocktail, the obvious choice for Drink of the Day and for any time you’re in the mood for a Kill Bill cocktail.  This drink was a 2015 brainchild of Erick Castro of Polite Provisions.  We last visited his creations with the Piña Verde and before that the Kentucky Buck.

The drink itself is straightforward to put together, even though Castro calls for Galliano Ristretto, something you’re unlikely to have on the kitchen counter.  We’re not talking about the tall yellow bottle of Galliano filled with a sweet, herbal liqueur.  Galliano Ristretto is a practically opaque, very dark brown coffee liqueur that may not be available at your local emporium.  It is entirely reasonable to substitute another one of the many coffee liqueurs available.  That said, your correspondent believes Galliano Ristretto is the finest coffee liqueur he has ever tasted.  If you like that category it’s worth your while to seek out. 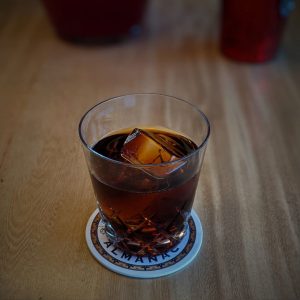 When you need a Kill Bill cocktail the Five Point Palm Exploding Heart Technique cocktail brings together rich coffee flavors and the smokiness of mezcal. Its inventor, Erick Castro, calls for a relatively obscure coffee liqueur, but feel free to substitute. The end result is worth it.If you do substitute ingredients, pay attention to the sweet/bitter balance. Galliano Ristretto has a notably sweet element to its palate, with plenty of chocolate tones. If you do use a different coffee liqueur, and sweet vermouth instead of Punt e Mes, you may need to tweak the proportions a bit. Either way, the Five Point Palm Exploding Heart cocktail won't kill you.
5 from 2 votes
Print Recipe Pin Recipe 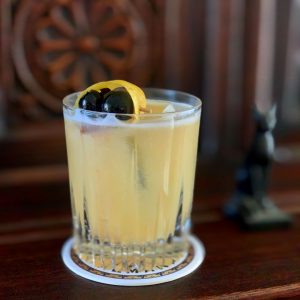 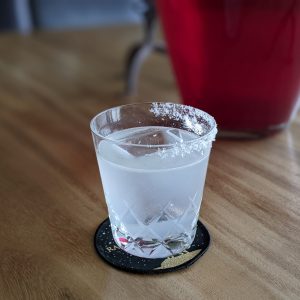