For the premiere of the movie

Your cocktail calendar entry for: December
21
No Comments 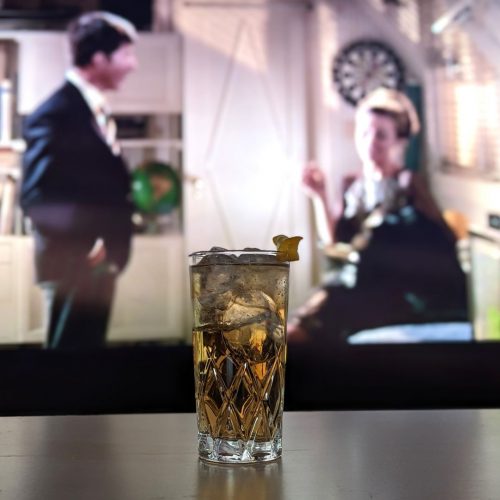 You can hum any Simon & Garfunkel tune you like, but the song Mrs. Robinson is obviously most on point as we mix up The Graduate cocktail to celebrate the debut of The Graduate film on December 21, 1967.  It’s a romantic comedy-drama about an unsettled new college graduate, based on the eponymous 1963 novel by Charles Webb.  Who just so happened to be a fresh Williams College graduate when he wrote it.  Go figure.

The Graduate, of course, launched Dustin Hoffman’s career and brought the music of Simon & Garfunkel to a wide audience.  Whether you view it as a product of 1960s generational conflict or a story of existential anxiety the film is a masterpiece.  It’s obviously good for a drink, and The Graduate cocktail clearly fits the bill.

The graduate, Benjamin Braddock (Dustin Hoffman), returns to his wealthy parents’ house from college, loaded with credentials and directionless in life.  It all starts at a party thrown by his parents, full of their middle-age suburban friends.  They coo over him, and of course one pulls him aside for advice:  “there’s a great future in plastics.”

Mrs. Robinson (Anne Bancroft), the bored housewife, corners him and insists he drive her home.  There she fixes him a drink, puts on music, and mentions that Mr. Robinson won’t be home for several hours.  One of the most famous lines in movie history follows with, “Mrs. Robinson, you’re trying to seduce me…. aren’t you?” 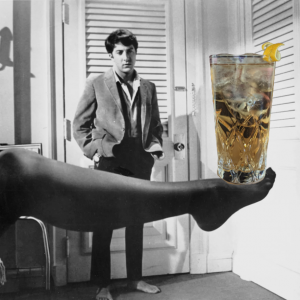 Ever bored and unsettled, Benjamin eventually takes Mrs. Robinson up on her offer.  They start to meet regularly in a hotel.  Meanwhile, Mr. Robinson and Benjamin’s parents cajole him to start dating Elaine, the Robinson’s daughter.  Mrs. Robinson, of course, has angrily forbidden that idea.

The drama unfolds.  Benjamin and Elaine start to see one another.  Benjamin tries to end it by taking her to a strip club.  She becomes upset, he apologizes, they fall in love.

Of course, it can’t end that easily.  Elaine finds out that Benjamin had an affair with her mother and banishes him.  Mr. Robinson confronts Benjamin and threatens to have him jailed if he continues to see Elaine.  He then forces Elaine to leave college and marry Carl Smith, a classmate she briefly dated.

But Benjamin is hell bent on marrying Elaine.  Finding the church in which Elaine is marrying Carl he bangs on the glass shouting her name as the ceremony nears its end.  Elaine sees the angry wedding party around her, yells “Ben!” and runs out to join him.  She and Benjamin jump onto a bus and ride away into their future.

It seems clear enough that a cocktail with the same name as the film fits the mold for Drink of the Day.

The Graduate cocktail comes to us from the Teardrop Lounge in Portland, Oregon.  It happened when Paul Clarke, the author of The Cocktail Chronicles:  Navigating the Cocktail Renaissance with Jigger, Shaker and Glass, asked bartender Daniel Shoemaker for an original drink.  Whether the product of painstaking development or spontaneous creation, the Mrs. Robinson cocktail emerged.

It’s a delicious drink, and one to add to your arsenal of highballs such as the Finnish Long Drink, the Wray & Ting and the Mountain Suze.

Besides, it’ll go well with popcorn when you’re watching The Graduate. 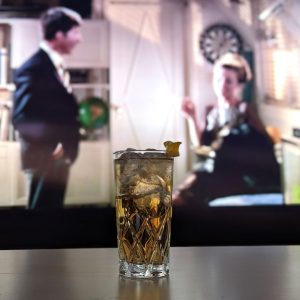 One to add to your compendium of highball drinks, the Graduate cocktail comes to us from bartender David Shoemaker at the Teardrop Lounge in Portland, Oregon.
No ratings yet
Print Recipe Pin Recipe 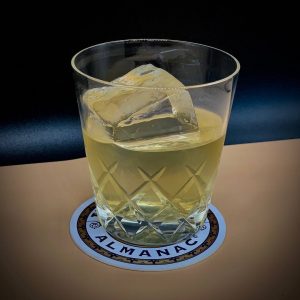