Your cocktail calendar entry for: September
18
No Comments 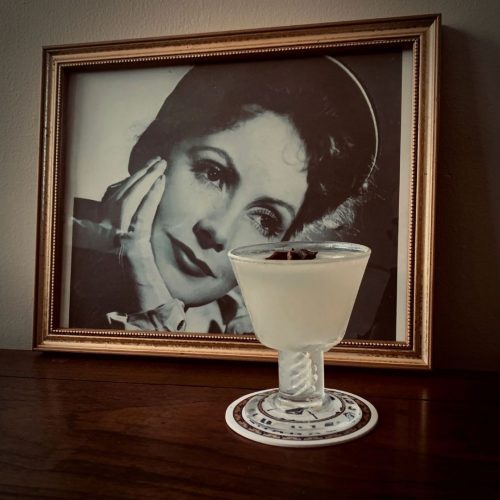 September 18 is Greta Garbo’s birthday.  You know, the famous film star born in 1905.  Hailing from Sweden and ultimately becoming an American film star, she was known for her melancholic, somber on-screen characters.  That wasn’t so far from her real persona.  Lucky for us there is a Greta Garbo Cocktail and that’s the Drink of the Day.

Greta was born in Stockholm as Greta Lovisa Gustafsson, and obviously kept the Greta part while replacing the rest.  She grew up in a gray, ugly, working-class neighborhood.  While she became interested in theater at an early age she was shy and largely preferred to play alone or with a few friends.  She graduated from basic schooling at the age of 13 and typical of Swedish working-class girls at the time did not attend high school.  She later acknowledged that gave her an inferiority complex.

Greta studied at the Royal Dramatic Theatre’s Acting School in Stockholm during her later teen years, and in 1924 the Finnish director Mauritz Stiller recruited her to play a part in his film The Saga of Gösta Berling.  Stiller became her mentor.

It’s unclear how she met Louis B. Mayer, of the Metro-Goldwyn-Mayer film studio juggernaut.  There are two conflicting stories.  One story has him interested in Stiller’s work, with Stiller demanding that Garbo be part of any contract.  Another story has Mayer already interested in Garbo due to having seen Gösta Berling.  Either way, Mayer’s daughter reported him saying “I’ll take her without him.  I’ll take her with him.  Number one is the girl.”

The rest is history.  Dubbed “the greatest money-making machine ever put on screen” she enjoyed enormous success as an actress until she retired early in 1948.

Keeping to her early, reclusive ways, Garbo never married, avoided film industry functions, public appearances and anything that would draw attention.  In a rare 1928 interview she stated “As early as I can remember, I have wanted to be alone.  I detest crowds, don’t like many people.”  Her famous line from the 1935 film Grand Hotel, “I want to be alone” was indeed a reflection of her real life personality.

That’s not to say she didn’t have friends, and she led a life of simplicity in retirement.  She did, however, struggle with moodiness and apparently remarked to a friend in 1971 that “I suppose I suffer from very deep depression.” The biographer Barry Paris in his 1994 book Garbo argues she may have been bipolar, quoting her as saying “I am very happy one moment, the next there is nothing left for me.”

Was Garbo a drinker?  Yes, but in no way equivalent to some of our liver-of-steel subjects like Churchill or Hemingway.  In line with her reclusive ways, Raymond Daum in his book Walking with Garbo quoted her as saying “I hear people say, ‘Oh, I never drink alone.’ Well, if I didn’t drink alone I’d never get a drink.”

Moving along to our Drink of the Day, the Greta Garbo cocktail is one of any number of variations on the Doctor cocktail, a pre-Prohibition cocktail that was first published in Hugo R. Ensslin’s Recipes for Mixed Drinks.  That original was simply Swedish Punsch (a blend of spirits blended with arrack tea, sugar and water) mixed with lime juice.

An actual Greta Garbo cocktail first appeared in David A. Embury’s 1948 work Fine Art of Mixing Drinks where he notes that the Doctor No. 2 cocktail is also known as a Greta Garbo.  As a side note, until the book was reissued a few years ago finding it was almost a holy grail for bartenders.  Old editions went for crazy money.  It was probably the first significant cocktail book written by an enthusiast rather than professional bartender.  But Embury was a tax attorney working for a Manhattan law firm, so that likely gave him ample reason to drink.

Embury aside, the Doctor No. 2 consisted of equal parts of Punsch, gin and lemon juice.  The origin of the current recipe in use is unclear.  It doesn’t match Embury’s version, but doesn’t require Punsch and is easy to put together with ordinary pantry items.

A modern interpretation of a classic drink that previously required the use of Punsch, a now obscure item, this is a fresh and quite delicious rum-based drink.
No ratings yet
Print Recipe Pin Recipe 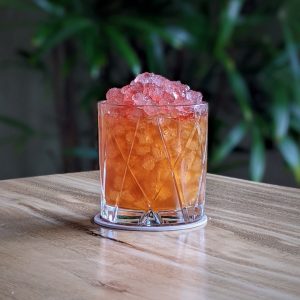 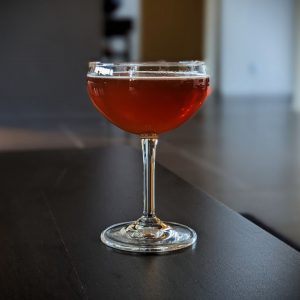 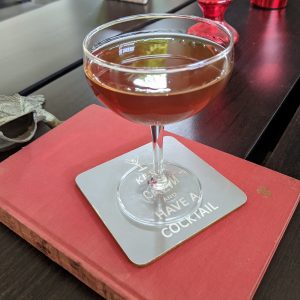